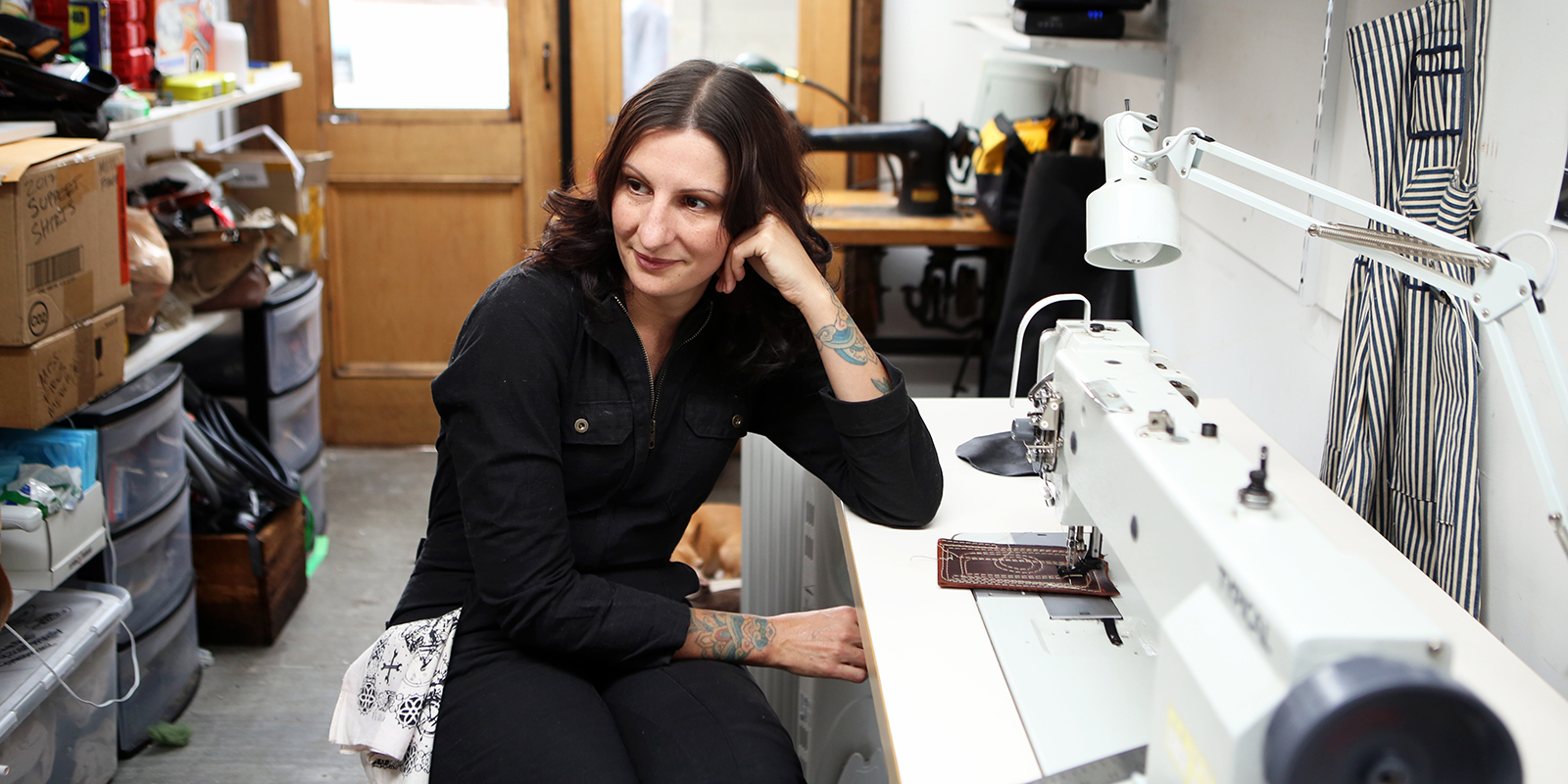 Corinna Mantlo cannot be summed up easily. The moto-enthusiast, vintage bike restorer, and recent side-show runaway, completely embodies her nickname, Miss 1932. We met Corinna through our Kickstarter campaign when she and some of her fellow "Miss-Fires" got together to outfit their crew. We met so many amazing women through that campaign and we’re grateful Corinna happened to be one. We finally got to meet her in person in February, when Corinna invited us to the Bonestown Trailer Park in Bushwick, New York. It's a special place she and a few other misfits have carved out with containers, trailers, old cars, bikes, and chickens. Lucky enough to inherit her container from a former tenant, Corinna has just enough room for the “essentials”: her machine, materials, and unique memorabilia. It’s here that Corinna runs her upholstery business, Via Meccanica, where she creates unique motorcycle seat restorations for some of the most well-known custom motorcycles in the world. Born and raised in New York City, Corinna started her career by working in the fashion industry and eventually focused on costume design, but her love of motorcycles led her down her current path. In addition to her sewing skills, Corinna founded Cine Meccanica, a 10 year running weekly film screening series, as well as the internationally known Motorcycle Film Festival in Brooklyn. She is also the curator of Film for The Vintagent, and a founding member of the all-women’s Motorcycle club called The Miss-Fires. Now Corinna is onto her biggest adventure so far. She has sold all her old cars and most of her bikes to join the circus. We caught her right before she left for her tour with the American Motor Drome Co. Wall of Death. With only about 12 Walls of Death left in Europe, and 5 in the U.S., Corinna is in training to become one of the only female hell-riders in the world. When asked about how and why she decided to get into this, she said, “I just want to keep old shit going," which is a mantra we can definitely get behind.